"I think of Hans every day"

I reach the art director Kenneth Hansen straight after his morning coffee in his home in Stavanger, Norway. There is no doubt that Kenneth Hansen is a creative visionary, the conversation takes us from Argentina to Mallorca, from advertising agencies and big deals to the whiskey bar in New York and unexpected creative projects. LOTS® is to Kenneth Hansen the structure that he needs, in spite of his creative side he likes set frames.

– It might almost sound religious, he says with a smile on the subject LOTS® and the founder of LOTS®, Hans Akerblom.

At the same time it is tough and challenging to work with Hans, he continues. He has been forced to think further and deeper; what is really hiding behind the creative thought? A three-dimensional world has opened up to him, it is no longer just Kenneth Hansen and the client, but also the world we – and our customer – live in and what we can do to improve it.

– It is the one method with the most experience that I have ever heard of, he says. And if I can be honest, I must admit that I think of Hans every day. When I start working with a group of people for example, I start out by thinking of what Hans would do in a situation like this.

LOTS® is the structure and the navigator that Kenneth Hansen’s creativity needs, but much more important, he emphasizes, are the people he meets through LOTS®. The experience he gains during the development days are to him of utmost importance. To meet, get to know the men and women that work with LOTS® as Lotscoach®, people that reflect and to exchange experiences.

Especially Hans Akerblom as a person has meant a lot to Kenneth Hansen. His life took a new turn when he through a customer heard of Hans and LOTS® . In a matter of weeks had he then contacted Hans, met him in Gothenburg and become a certified Lotscoach® .

– It was like meeting an old friend, Kenneth Hansen says, we had so much in common.

After a very successful career as an art director for large international agencies, the family in Stavanger and his ageing parents made him want to move back from Oslo to Stavanger. His idea was to leave the advertising business for good, but the customers did not let him. To his customers Kenneth Hansen’s meeting with LOTS® has meant that his creative thoughts have gained a structure that is easier to follow. At the same time LOTS® has given him a sense of security that makes it even easier for him to be creative. He has also become a better listener and give all his customers’ questions the time they need.

– It has become more important to me to listen in order to understand and grasp what the customer is talking about. I have become more empathic (I hope), which might also come with age and experience, but LOTS® definitely has a part in that process, Kenneth Hansen says. I used to be seen as the big creative child, a fun and exiting guy, today I am probably more professional, if one is allowed to use such big words about oneself.

Now Kenneth is moving to the Spanish island of Mallorca, where he wants to work on his own projects and continue working with LOTS® , because no matter where in the world he finds himself, he has found where he feels at home – with LOTS® and the cooperation with Hans Akerblom.

Kenneth Hansen, http://www.blaane.com, is the author of several books on subjects varying from Argentinian Tango and cooking to his latest book where he shares his experiences from his professional life. Kenneth Hansen has received Gullblyantens/Kreativt Forums honorary award and has received a number of other awards, such as for an ad that he created for VW. 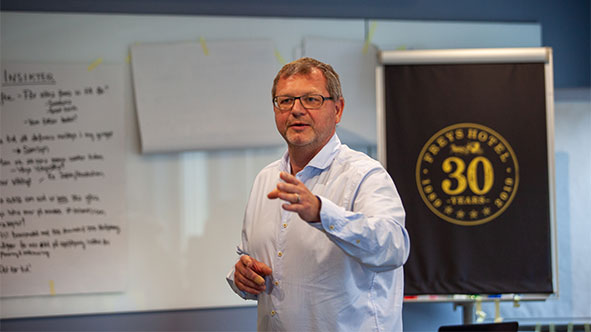 ”Everyone in the world shall have access to a safe toilet”

Separett AB, based in the small town of Värnamo, Sweden, provide the opportunity to get functioning … 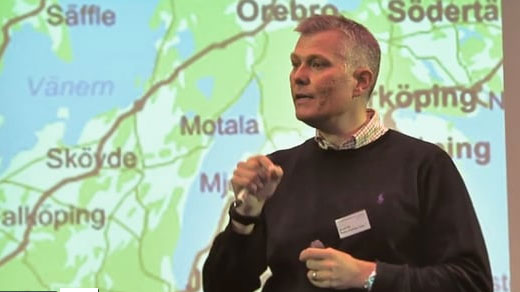 It's all about the why

In Berlin Jesper Ek, Leadership Speaker, Futurist/Senior strategist at UP THERE, EVERYWHERE, present… 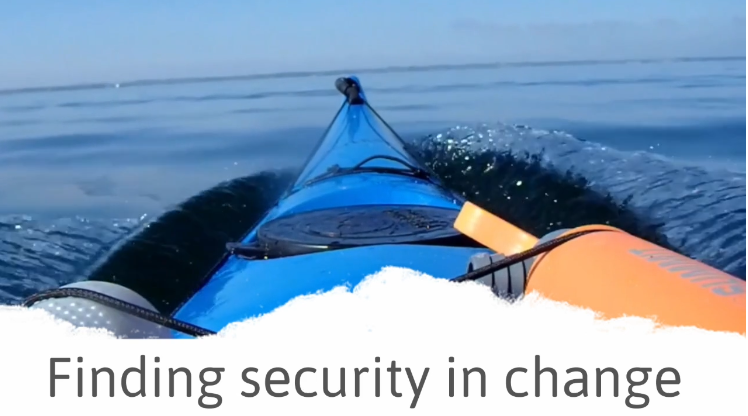 Finding security in change might sound easy, but when facing changes many end up in blocking fears. …